Where to Eat in Connecticut this Fall 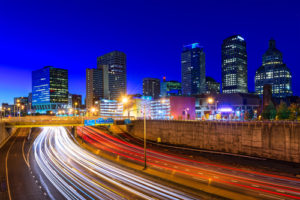 Arethusa Dairy Farm is a working farm, and its Grand Champion Show Cows produce milk that goes into the cheeses, yogurts, and butter showcased at the restaurant. Located in the former Village General building, the restaurant crafts delicacies such as spinach and Camembert ravioli with black truffle sauce and Arethusa milk-poached cod in a clam chowder house.

Founded by pioneering American wedding fashion designer “Jimmie” Booth and her husband Henry, the Golden Lamb on Wolf’s Den Road has been serving diners since 1963. Now operated by the late couple’s granddaughter Katie, the Lamb serves lunch and dinner and hosts special occasions.

This downtown chop house and whiskey bar serves lunch, dinner, and a tavern menu that serves such pub fare as blackened shrimp tacos, pastrami spiced bone-in short ribs, Iberico ham with pickled vegetables on lavash, and bucatini with puttanesca sauce. Try them with a seasonal cocktail like the autumnal Mulberry Basil Collins.

Millwright’s Restaurant and Tavern specialized in organic, New England-grown comfort food. Dining in the main dining room is a more formal affair, while more relaxed, casual meals can be eaten in the tavern. The setting of this restaurant is the Hop Brook Mill, which dates back to 1680.

This restaurant and raw bar offers fine dining in a casual environment. Its Autumn 2017 brunch menu included dishes such as the dry-aged burger on brioche with Grafton cheddar, Swiss chard and toasted hazelnut crepes with mushroom sauce, and steamed mussels in a coconut lemongrass broth with cilantro and lime.

6. The Schoolhouse at Cannondale, Wilton

Chef Tim LaBant opened this restaurant in an old schoolhouse building that had been moved to the Cannondale Historic District of Wilton by vaudeville actress June Havoc during her drive to preserve Wilton’s 19th-century buildings. A Zagat reviewer called The Schoolhouse “Simply the best and most creative farm-to-table food in Connecticut.”

Dinner is served from 6 to 9 p.m. on Fridays and Saturdays. The Tap Room serves lunch and dinner six nights a week, with a Sunday brunch and a Sunday night roast. According to the New York Times, “The restaurant alone is worth the trip.”

Experience fine dining in Connecticut without the hassle of worrying about parking or how much wine you’re drinking at dinner with the convenience of a Connecticut limo service. Since Connecticut is part of the New York-New Jersey-Connecticut tri-state area, you can easily reach most of these cities by Connecticut airport shuttle from John F. Kennedy and LaGuardia airports. However you get there, try to visit these unique New England restaurants and sample their one-of-a-kind fare.

We provide service in all these areas:

Request a free quote and claim your Discount